Day Trip To Sarande and Butrint 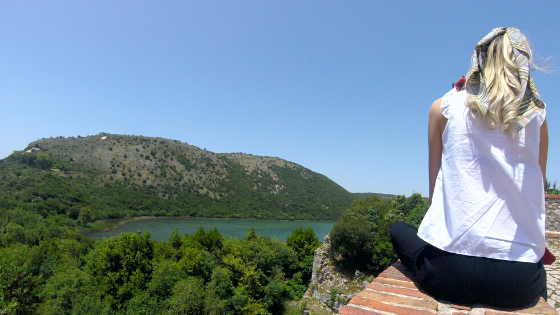 So close and yet so far away, at least for us Greeks when thinking about travel destinations. The reasons vary, many of which have been created by our total ignorance of this country, a country that is not only growing constantly, especially its coast (or as the locals and the advertisements you will see call it as “Albanian riviera”) but is increasingly climbing to the tastes of European tourists. On this blog post , i will tell you my story of the Sarande and Butrint day trip i had!

Living in Corfu where literally there are places where you can see the opposite country with bare eyes and visit the nearest town of Saranda with a less than hour journey, I thought it was finally  time to explore and see with my own eyes , what it has to offer and if it is worth a visit to this city.

I traveled to Sarande and Butrint with https://ionian-cruises.com/

The town of Sarande

The town of Saranda or Sarande is a beautiful coastal town full of hotels, restaurants and  beach bars. With a population of around 32,000 permanent residents, a number that triples in the summer, this city is revolving around tourism. The population of the Greeks living there is big enough and you will hear our language everywhere. I cannot tell you the town is something special , not really picturesque and maybe its coastal road is its powerful paper, but I was delighted with the very good facilities of the town , how amazingly clean everything was and of course the very low prices!

The prices for a double room in a 4-star hotel in front of a beach, with breakfast vary from around 40-60 euros (of course you can find much cheaper apartments and airbnb) and an indicative price of a freddo (yes you will find freddo there) is about 1.80-2.00 euros.

After a quick stroll in the city and a coffee by the sea, we boarded the bus to the Butrint National Park and Cultural UNESCO Heritage Monument since 1992, the country’s most important “landmark”.

The duration of the trip is less than an hour, but it is quite interesting as we pass next to the Ksamil area, one of the most touristic places in the country, with amazing turquoise waters and many hotels. A short while later near Butrint Lake we pass a mussels museum . Somewhere there i decided that I should go back to see more and of course dive in these waters!

A few words about Butrint

Arriving at Boutrint, our tour guide informs us that our tour of the archaeological site will last about two hours. We will see the most important part of this castropolis  and we will end up at the top of the Venetian Castle of the 14th century (which was rebuilt in 1930) . We will then relax and optionally visit the small Museum of the history of Boutrint.

The first mythological references speak of exiles after the fall of Troy that founded the ancient city of Buthrotum , while elements of the 4th c . BC speculate that then the city began to take life as it was also an important commercial port. A church dedicated to Asclepius, the god of medicine, was built at that time, with donations from various religious. people.

In 228 BC the city was occupied by the Romans, established by Julius Caesar as Colognia Augusta Buthrotum and experienced its greatest flourishing. The city was fortified, and temples, the agora, theater, hot springs, fountains and villas were built, and a few centuries later, especially in the 5th century. AD, Christianity became a Episcopal Residence, and then the Baptistery was built with the wonderful mosaic. In the 19th century , Butrint has passed into the hands of the Ottomans, until the proclamation of Independence.

When you reach the castle on the top, make a quick visit to the Butrint Museum and then relax and enjoy the view. You are worth it after so much walking , after all!

Since you are so close to Corfu , you might want to read these too: 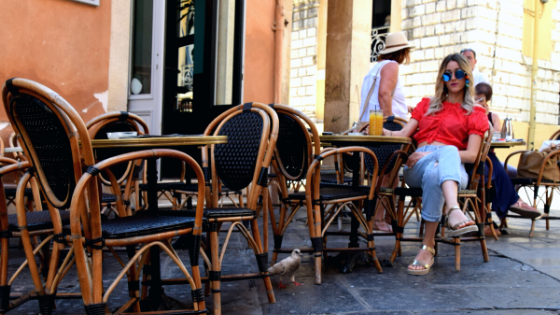 Corfu 's Most Instagrammable Cafes ( and where to find them)

Looking for Corfu ‘s most instagrammable cafes ? Let the local girl , show you the best of the best. They are located in the…

A few words about Porto Perhaps one of the most colorful cities I have ever been to , the “relaxing town” of Portugal, Porto has…