A not short Budapest guide 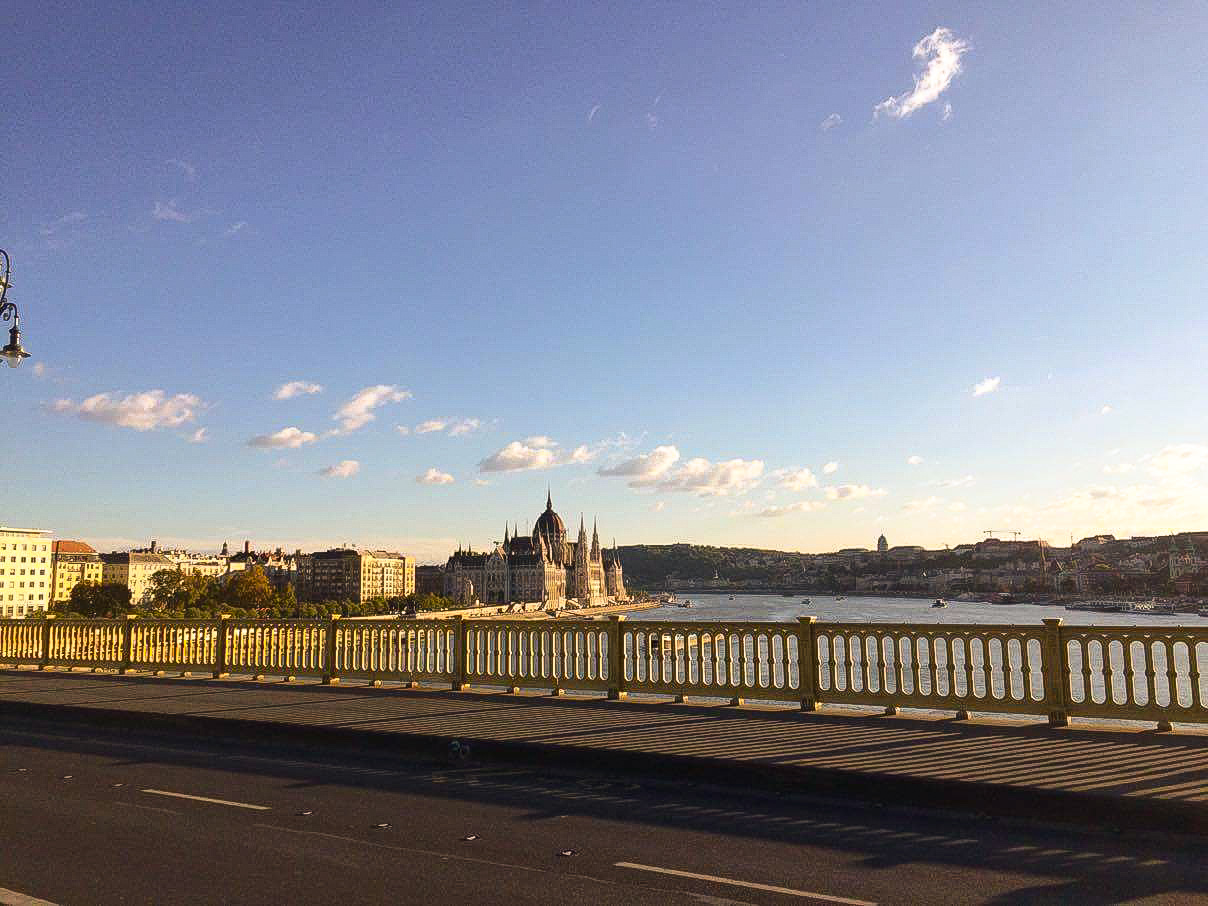 Few capitals have made me fall in love with them. Noise ,crowds and long distances are just a few of the things I hate about my every trip, and I mostly find them in capitals that automatically become part of the “hmm ok” destinations. Budapest, though huge, manages in a strange way to keep you both energetic and calm at the same time. Elegant but also urban, with great food and great nightlife, with a huge history but also budget friendly , becomes an ideal destination for those planning their first trip but also for those looking for a quick break. This is one not short Budapest guide!

And don’t forget that Danube river can’t let you down. Ever.

A few words about Budapest …

Hungary, or the Kingdom of Magyar, is a very old state founded around 1000 AD and after several historic ups and downs, and with the help of the Austrians, having overthrown Ottoman rule, it was for some time part of Austria-Hungary, until after the end of World War I it was declared an independent state.

Budapest, the capital of Hungary, is a city created by the two smaller cities on the Danube, Buda and Pest. Whatever place you choose to stay, there are just as many beautiful things to do as 8 wonderful bridges to cross from side to side. Its architecture has strong Austrian elements, a Viennese glamor but also Turkish influences, which makes it a completely unique capital compared to its neighbors.

The local currency is the forint and the Hungarian language one of the most difficult I’ve ever encountered. Fortunately, you will not be in trouble as everyone speaks English and at a very high level indeed.

How to get from the airport to the city center

Before leaving the airport, on the right, you will find the ticket offices for the buses connecting the airport with the city center.

200E – Direct line linking the airport with the Kobanya-Kispest train station, where you can take the metro and reach your destination.

The Hungarian Parliament is certainly the trademark of the city, and frankly one of the most impressive buildings I have ever seen . At night its image captivates you as it stands across from the Buda Castle. It was built in a Neo-gothic style inspired by the London Parliament. The building is 268m long and 118m wide and also contains 20km of stairs and 691 halls. If you want to visit its interior, book online as spots are limited, or go early in the morning.

Tip: Have your police ID with you as the ticket is cut in half for EU citizens.

Before reaching Parliament, along the Danube, you will find yourself in a very special “sight”, the so-called Danube shoes . At that point, the German Nazis, together with their Hungarian counterparts, gathered the city’s Jews and executed them, forcing them to take their shoes off before falling into the waters .The Iron Monument is a tribute to the 550,000 Hungarian Jews who died in 1944 – 45.

Fisherman’s Bastion is another famous landmark in the city and perhaps one of the most photographed one, as it is perhaps Budapest’s most beautiful attraction. Cross the Chain bridge, the first bridge in the city, you will reach the Pest side. From there you will either take the cable car that will take you up the Castle Hill, or climb up on your own. The route is not particularly tiring. Three churches are located in the area, with the most beautiful and famous Matthias church . From there you will see the most beautiful view of the city!

Tip: At Castle Hill , you can watch the Guard changes every hour from 8.30am to 5pm.

The Basilica of St. Stephen, the largest church in Hungary, is extremely imposing and the entrance is free! The interior is beautiful and you can even climb the dome for a great view of the city (4 euros)

Historic Heroes Square is located to the north of the city, close to the zoo and can be reached by metro or bus. The square was built in honor of the great heroes of Hungarian history and its center adorns the “Millennium Monument” and is of course an attraction not to be missed!

It is all about the thermal Baths

Budapest is renowned for its magnificent hot springs and not unjustly. Remains of another predominantly Ottoman era but now in a more European style , are probably the most important TO DO if you are in the Hungarian capital. For Hungarians it is a meeting point and don’t be surprised to see many locals casually playing chess in the pools. It’s a way of life. The best known are:

If you ask me what is my strongest memory of the week I spent in Budapest, I will answer clearly, my visit to these baths. Late in the evening with an outdoor temperature of around 10 degrees and us in the outdoor pool with a temperature of somewhere in the 30’s to gaze at the stars (the next day George of course got sick but luckily we left for Greece).

These baths are Europe’s largest hot springs spa and feature 18 swimming pools, 10 sauna rooms and a steam room. Outdoor pools are a baroque work of art, its interior did not excite me much.

Tip: There is a metro stop just outside the baths. Equip yourself with a towel, slippers and swimsuit to avoid wasting money, just rent a locker for your belongings and even a bathrobe if you’re cold. There is no standard ticket price, as it depends on the length of your stay, the equipment you rent and the use you make. However, calculate a standard 15 euro.

Gellert Spa was founded in 1918 and its interior is a magnificent art nouveau spectacle that you should visit at least from a historical point of view. Housed in the homonymous Gellert Hotel, you can book your stay there and relax in the baths every day.

Medieval Turkish bath at the foot of Gellert Hill. Because these are traditional baths, you need to check if the day you want to visit is only accepting men, women or both sexes in the spa (both sexes always enter the pools). ) The highlight of course is none other than the small round outdoor pool overlooking the Danube nightlife! Unique experience!

A trademark of the city, this small islet is in the middle of the Danube and accessed by two bridges. The Margarita Bridge to the south near the Hungarian Parliament Building and the Arpad Bridge to the north. It is a meeting place for locals at weekends and is one of the major attractions for visitors as it boasts with spa baths, swimming pools, outdoor theaters, trails and lush gardens, which you can explore either by renting bicycles or small electric bikes. . You can easily spend a whole relaxing day in Margitsziget.

Head to Gellert Hill if you want to enjoy the most panoramic and magnificent views of the city while also seeing some of the beautiful sights such as the Bishop Gellert monument and of course the Statue of Liberty in Budapest.

A UNESCO heritage since 2002, Andrassy Avenue features some of the city’s most historic (and most beautiful) buildings dating back to 1872. It connects Erzsébet Square with Városliget Park and the magnificent Neo-Renaissance buildings with unique facades that will meet to your right and left, they will remain engraved in your memory. One of the busiest streets in the city full of shops, cafes and luxury shops and of course some of the city’s most famous buildings are located there such as the Opera House and the University of Fine Arts.

A special stop on your journey may be the one at Budapest’s Great Market Hall, a huge indoor market where you will surely find the best and cheapest souvenirs, endless dining options, local products and endless paprika. You will get there by tram2.

And i say go , because I personally, yes I consider it to be one of the most beautiful coffee I’ve ever seen (it’s also included in the European Historical Coffee Association) so YES you have to come in, but if you sit there for a coffee , that I leave to you. I wouldn’t wait in a queue of twenty people just for a cup of coffee. Yes the atmosphere took you to another era but the whole concept was very touristy, it almost reminded me of the Greek nights on the islands where dancers and shopkeepers shout OPA every second of whatever they do. A bit too touristy.

Make a cruise in the Danube

But to have the Danube in front of you and leave it unused? Choose from a range of small short cruises to luxurious boats where you can enjoy your dinner on the Danube overlooking the city lights and Parliament.

Eat as many Kürtőskalács as possible.

Or as it is also known , sweet “chimneys”. Traditional Hungarian sweet, widespread street food, you will find them everywhere and in countless versions, as a fan of minimalism I prefer them with a little cinnamon on top.

In two words Ruin Bars. But what does this term mean? We are actually talking about bars created in old and often damaged buildings and became a hallmark of Budapest nightlife.

It all started in the Jewish Quarter, where a number of abandoned buildings remained empty until the people behind Szimpla’s creation made the start. The first bar opened its doors experimentally and welcomed a youthful world offering cheap drinks and a more informal, almost bohemian atmosphere. Since then, even more ruin bars have begun to emerge from street to street. Some took a more aristocratic note, and some often host small concerts, events and art exhibitions. But all is promoted by creativity, freedom of expression and almost a sense of family warmth.

Vintage furniture and an eccentric decoration , if you do not see with your own eyes, you can not understand the size of this bar uniqueness. Budapest’s first ruin bar, formerly converted into an open-air cinema and pub, has many rooms where you can sit and have a drink (my favorite with the bathtub), eat your brunch at noon or just wander in the light of day and admire all the rooms and spaces in your privacy.

If you have plenty days to spear , i suggest a quick trip , to Slovakia’s capital Bratislava. Read more here

📍Warsaw, Poland One of those days where I wish

The benefits of traveling !

The physical benefits of traveling are obvious from the very first day you feel your feet aching from walking. There you realize how little you… 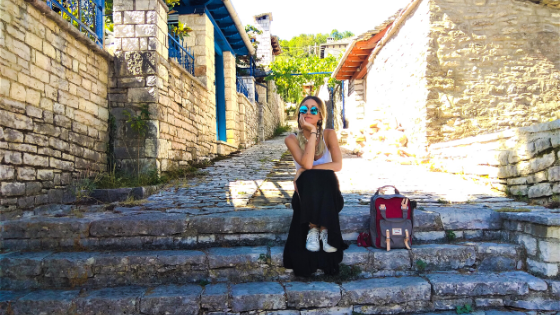 Visiting Zagorochoria during the summer.

It is winter, it is cold and you are relaxed, in your room with warm coffee admiring the beautiful view from your window. The traditional…