Myrtos is not just a beautiful beach, it is a feeling. 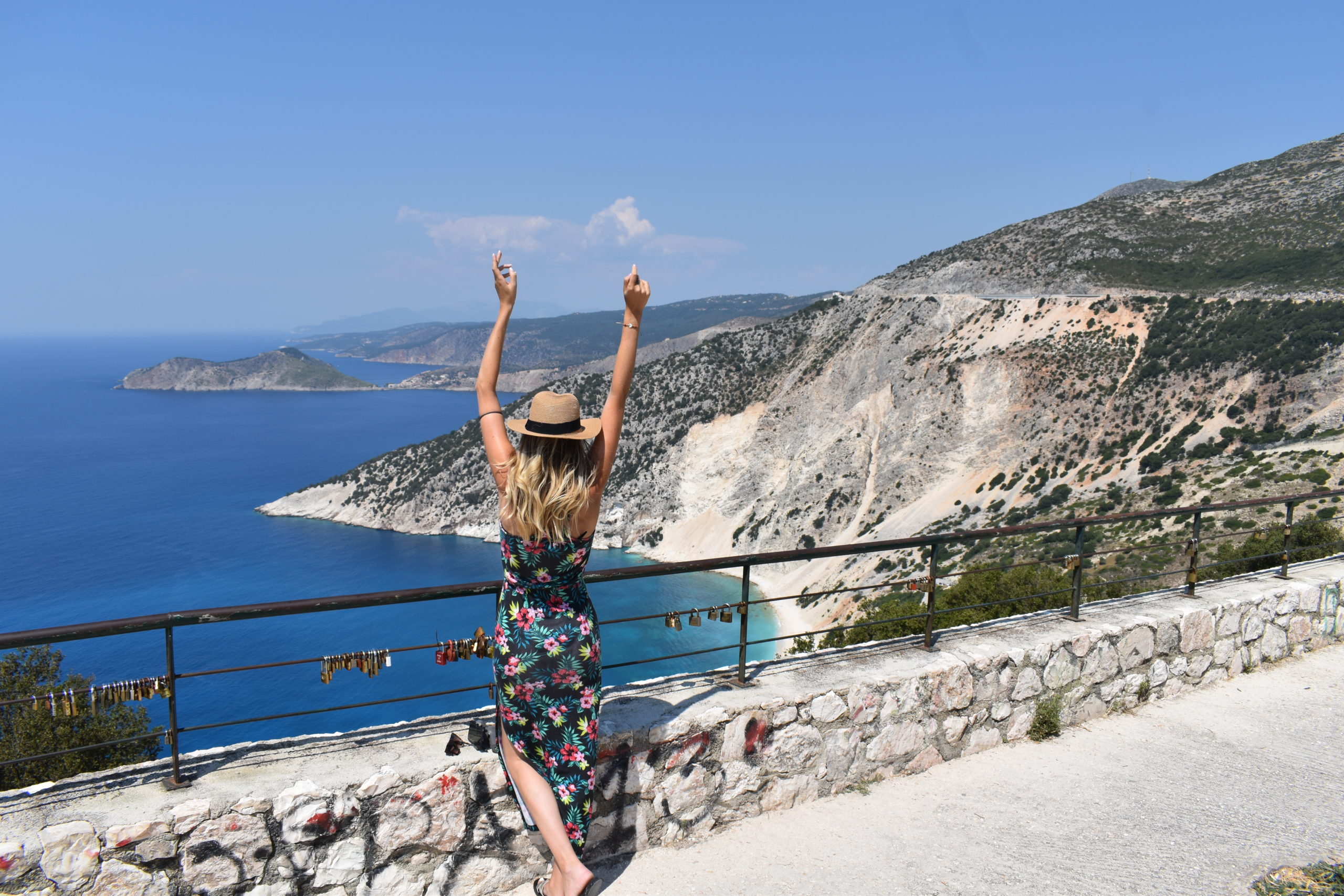 Yes, Myrtos is one of the most famous beaches in Greece and in the whole wide world. It enchants with its blue waters and its white sand. The view of the beach from above is at least seductive. It makes you love it, even if it is considered “touristy”. But if you grew up in Cephalonia, Myrtos is not just a beach, it is an emotion. And if you, as a visitor, leave Myrtos with this feeling, know that Myrtos kept your heart forever.

Strange as it may seem to some – even to me now -, my first vague memories of Myrtos, are moments with the family casually carrying umbrellas, chairs, and endless tapers to spend our day, because a family daily excursion to the sea meant arrival at the beach in the morning and departure at least after 9 pm.

I am around 10 years old (we are talking about the distant 1999) and I can still remember the taste of the fried meatballs, Greek salad and the potatoes fresh from the sea water that my sister and I ate greedily after the dive, while we waited for my father to come back from the speargun, to see what fish he had caught. Mom should shout at us not to go deep because the waves would suck us in and we, as real children of the island made long dives on purpose, to scare her.

If there were tourists? Probably yes. If I had the slightest idea that where I ate the meatballs carelessly as a child, someone from a distant country might have come to the island to see one of the most beautiful beaches in the world? No, I had no idea.

Fast forward a few years later and Myrtos has become one of the most instragrammable beaches out there. But is it just the beauty of the place that catches the eye? I think not.

Kefalonia has something majestic. A steep island, with roads that almost hang over cliffs and breathtaking paths. An island that exudes an eerie calm, when you cross it from one end to the other even during the busiest months.

Arriving above Myrtos, you are initially enchanted by the view and the colors. Starting the descent, you can’t wait to dive in these waters and when you reach the beach, you feel awe. You feel tiny, you feel the mountains embracing you. The sea is wild most of the time, it pulls you in. It is not there to be your personal pool. It is wild and does you a favor by letting you swim in its waters.

When you leave, all you think about is when you will be back. This time don’t forget to bring some Greek salad with you. 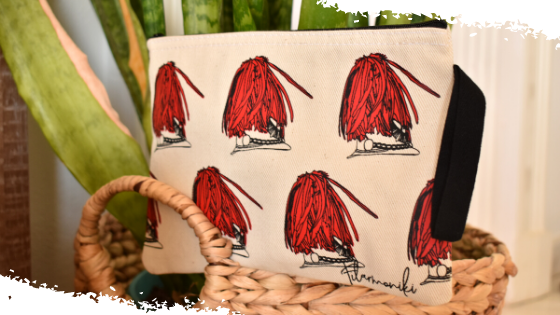 Sofia and I met a very warm but very calm August afternoon. This was very different summer for all of us, but much more for… 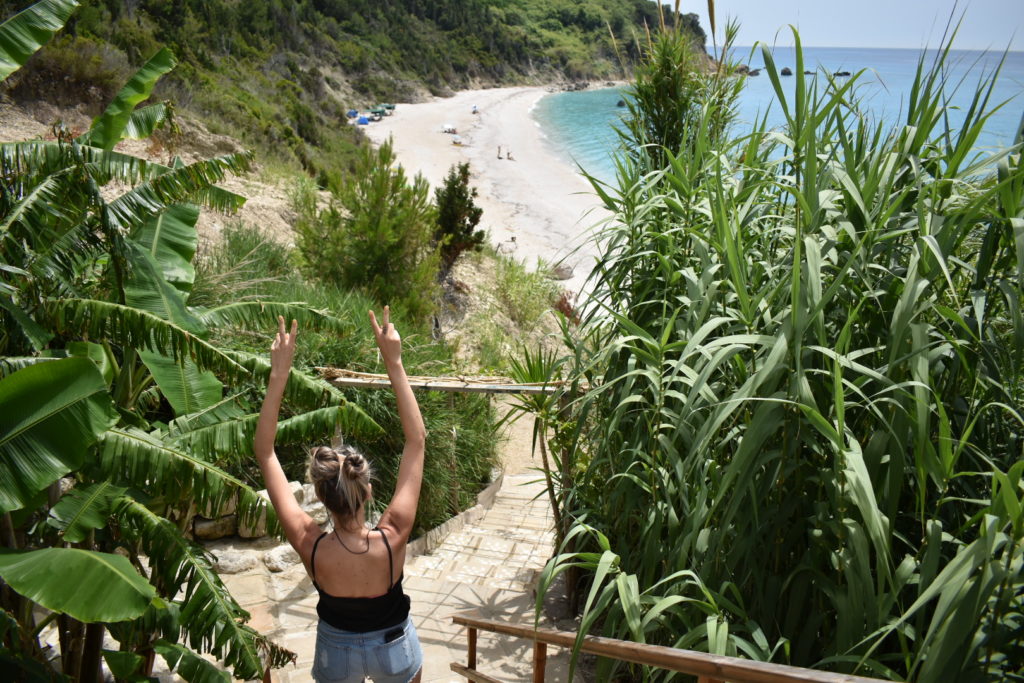 Lefkada. Exploring Agios Nikitas and the areas around.

Ah Lefkada, Lefkada this extremely lovable island that has some of the most amazing beaches of the Ionian Islands (let’s admit it at last), an…