Some great things to do in Frankfurt! 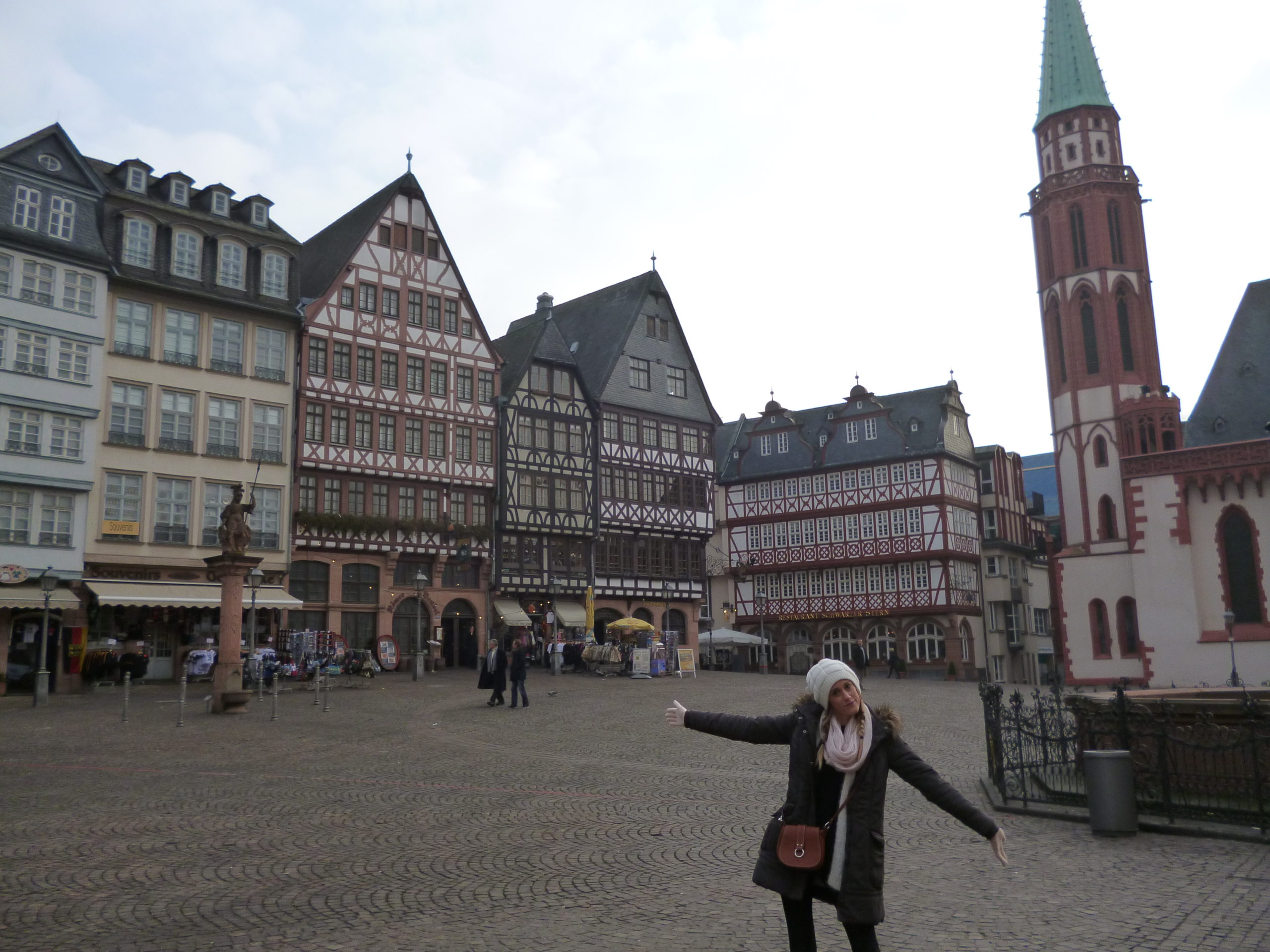 Frankfurt. It’s not the first city that comes to mind when you think of visiting Germany. It is not a very tourist-e destination and I would not call it romantic as well. But when your husband has relatives there who can accommodate you and cheap tickets how can you say no to the idea of ​​getting to know a new city in a new country? This is a guide about all the great things to do in Frankfurt!

How it all started

So in January 2016, just before my birthday, we were flying from Thessaloniki to Hann Airport in Frankfurt, with a 19-euro ticket , thanx to Ryanair. (ATTENTION: This is not Frankfurt’s main airport, which is and one of the largest in the world, but is located one hour away from the city center. )

The next day and we dressed like onions and dipped in the city! I was quite curious as to what I would meet if I could only see banks and briefcases, or if that city would manage to get me to like it. The central metro station is located on Frankfurt’s main pedestrian shopping street (Zeil), 1.2 km full of shopping malls. Every Saturday, this street is embroiled with people  shopping or just drink coffee. After a few hours we walked in and out of the malls  I can say that I just did not want to see clothes and escalators for a long time!

One of the most beautiful moments of the trip was when we got to the terrace of a mall and we could see all the city views!

After a little wandering in and out of the shops ,  we searched for the cathedral of St. Bartholomew. This particular temple was built during the 14th century and from 1562 to 1792 the temple was used by the emperors of the Holy Roman Empire of Germany, for coronations. With the bombings of the Second World War, unfortunately it was destroyed, but it was rebuilt in its original form . A beautiful building, perhaps the most special you will meet in the city.

A unique, small oasis of German beauty was found in this square, where the Town Hall building from 1405, the fountain and the 15th-century cottages are located. We sat in a café, ordered two beers and a few traditional sausages, covered ourselves with the blankets they gave us (organized people i have to admit) and enjoyed the view.

And that’s how we ended up in the Main River, which is connected to the opposite bank with the imposing Eiserner Steg Bridge, a work of 1869, which holds many love locks and an inscription in Greek please  , with the lyrics Homer’s Odyssey : “Sailing in the black sea with  people speaking different languages”. The official version, as to why this expression was chosen, is because the bridge linked two different parts of Frankfurt over dark waters. Quite feasible, of course, if you consider that this city hosts 180 different nationalities!

On of the best things to do in Frankfurt is museum hunting! Frankfurt is so called the city of 60 museums and we spent the last two days of the trip , trying to visit as much as possible!

Check more here : All the museums you need to visit when in Frankfurt.

The last day of our trip found us in the car driving to the neighboring Heidelberg, which is one hour away and is a really beautiful town, a sample of true German aesthetics and full of life and people! This particular city will always be in my heart, as the first city I celebrated my birthday away from Greece and  decided to do it if i can , every year ever since! 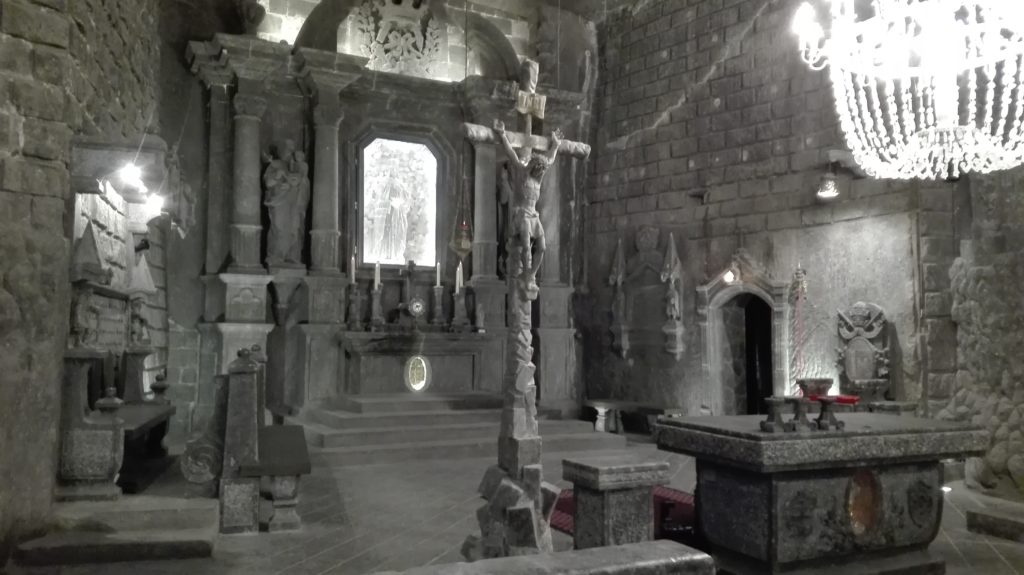 Wieliczka Salt Mines: Visiting the underground church made of salt.

Ok so if you ask me what the most strange and unique place i have ever been in is , i will definitely think about… 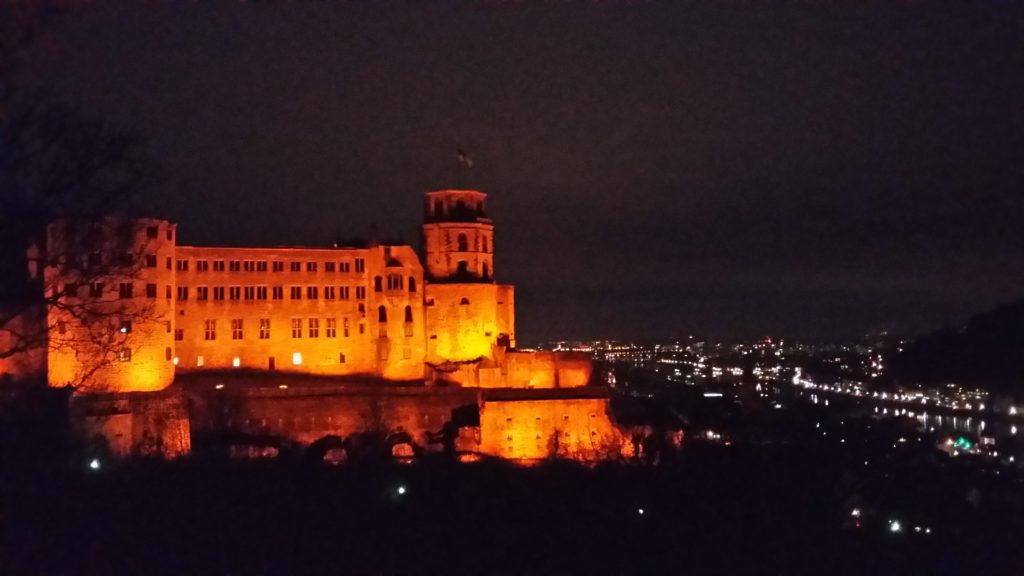 Only an hour away from  busy Frankfurt , lies this amazing baroque town of Heidelberg , ideal weekend or day trip destination for the lovers…